Screening of 'This Changes Everything' and the role of strategic litigation

To start the New Year with an interesting and thought-provoking event, Frank Bold and ClientEarth organised a screening of This Changes Everything, a documentary based on Naomi Klein’s international non-fiction bestseller.

The event generated great interest among those working for civil society organisations and the European institutions. Paige Morrow of Frank Bold and Ugo Taddei of ClientEarth presented the film and introduced the issue of strategic litigation in climate change, which grounded the discussion after the screening.

About ‘This Changes Everything’

Directed by Avi Lewis, the film presents seven powerful portraits of communities on the front lines of  both  fossil  fuel  extraction  and  the  climate  crisis  it  is driving,  from  Montana’s  Powder River  Basin  to  the  Alberta  Tar  Sands and  beyond.

This Changes Everything attempts to re-imagine the enormous challenge of climate change. Throughout the film, Klein builds to her most controversial and exciting idea: that we can seize the existential crisis of climate change to transform our failed economic system into something radically better. It is not a film that tries to scare the audience into action; it rather aims to empower. For those interested in the film, the trailer can be seen here. 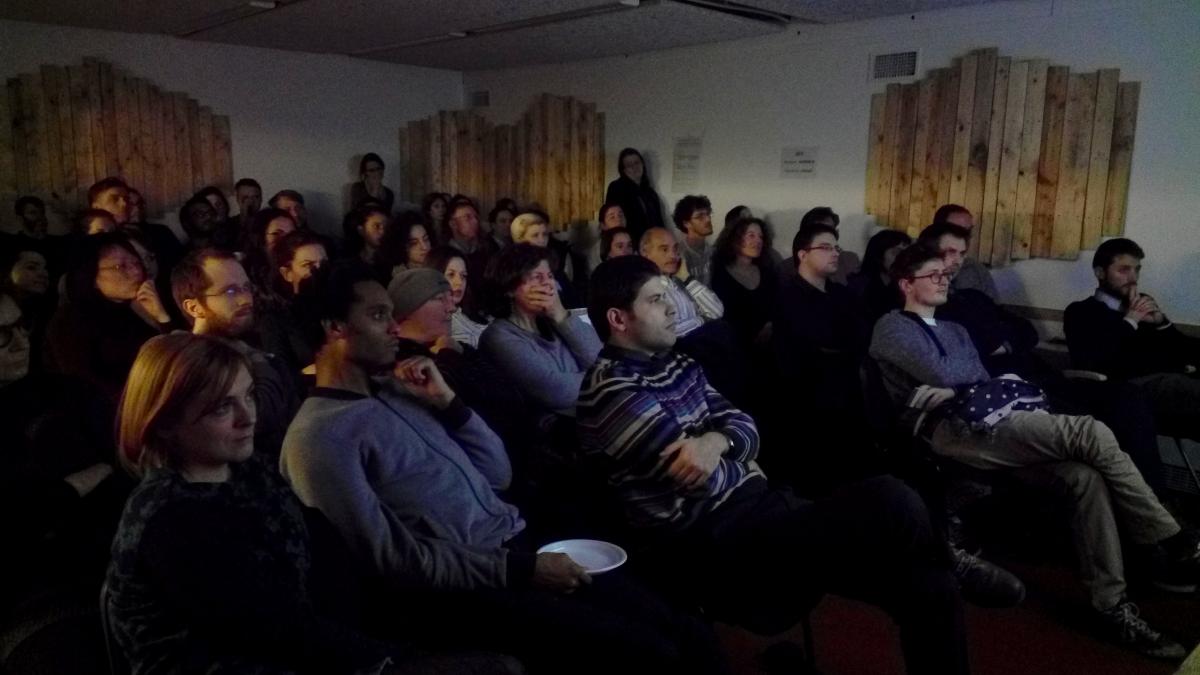 The role of strategic litigation

In the subsequent discussion, Paige Morrow explained the particularities of strategic litigation, what can it be used for, in which contexts and topics can it be most effective at and the common mechanisms to undertake legal actions. She also presented some of Frank Bold’s cases and other relevant legal initiatives. For example, Frank Bold successfully brought a complaint to the European Bank for Reconstruction and Development about its environmental assessment of a coal power plant in Romania which led to the cancellation of the plant’s refurbishment.

Ugo Taddei then provided a further explanation of the effectiveness of strategic litigation, specifically mentioning the reasons that make it a successful course of action. Ugo clarified the different types of cases -private and/or public law actions- and presented some of ClientEarth’s “war stories” - such as the successful challenge against the UK government for the failure achieve compliance with the air quality requirements in the UK. . To conclude, he stressed the impact of this kind of litigation in the media, which, in turn, influences public opinion.

The screening of the film and the interventions of Paige and Ugo ended in an interesting debate with the public. The main questions that arose were linked to the process of strategic litigation and how these lawsuits are initiated. The differences between the United States and European legal systems were also another topic of discussion, which led to the question of why there has been more climate change litigation in the US than in Europe, although it was noted that strategic litigation focused on climate change and human rights is on the increase in the EU. 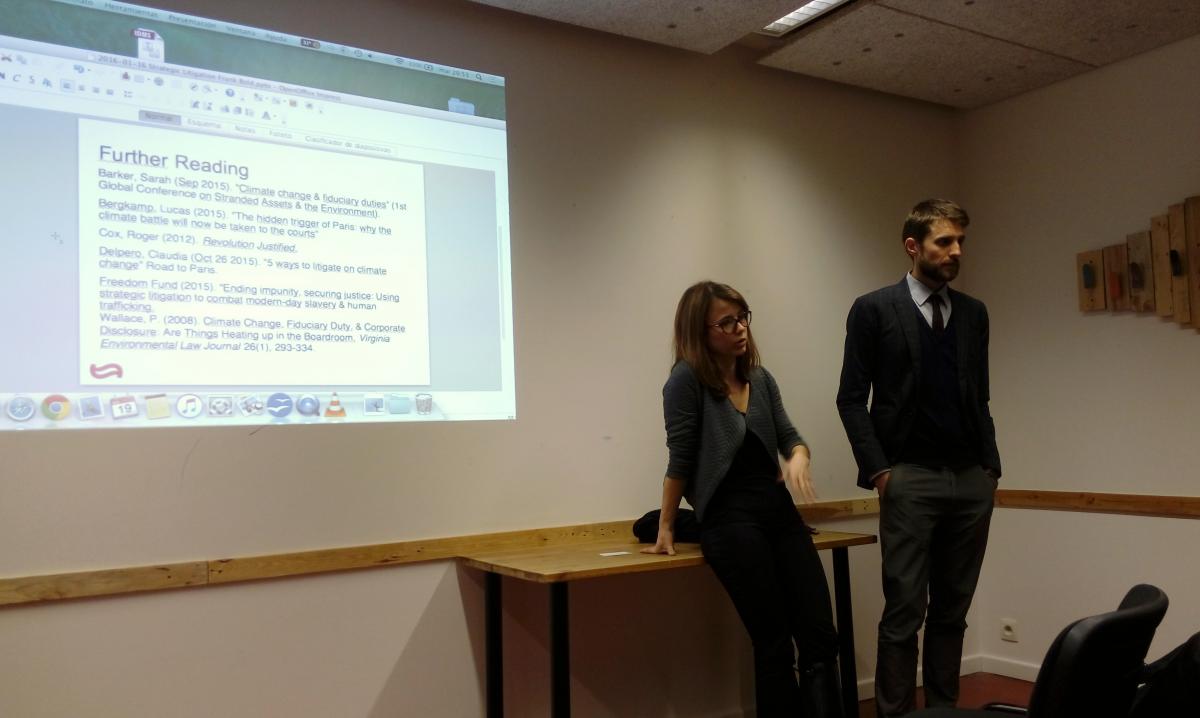 If you wish more information concerning the event or the work of Frank Bold and ClientEarth, please don’t hesitate to get in touch with us at susanna.arus@frankbold.org.

You can also see the Power Point presentation of Paige Morrow here and Ugo Taddei here.

What data shall companies and investors report on sustainability? Guideline for upcoming EU legislations requirements

We have analysed hundreds of pages of technical documents and prepared a comprehensive overview of the sustainability reporting...

Would you like to influence key EU developments on business, sustainability and climate change? Do you wish to combine...