Protecting the right to a clean air and healthy environment

Due to air pollution, twice as many children in the Ostrava and Karviná region suffer from asthma and allergic rhinitis than in the rest of the country. The problem of air pollution affects not only Ostrava, but also North Bohemia, Prague and Brno. Poor air quality and long-term exposure to high concentrations of benzo(a)pyrene and arsenic, smog and dust cause respiratory and cardiovascular diseases, lung cancer, liver and kidney tumours, allergies and eczema. It is therefore in all of our interests that we address the current situation. According to research by the European Environment Agency (EEA), cleaner air could have saved at least 178,000 lives in the European Union in 2019. However, protecting our health and reducing healthcare costs is not all that is at stake. Improving air quality is also good for climate change mitigation and drives innovation in the energy sector. To illustrate, coal-fired power stations, heating plants and heating systems are the main contributors to both air pollution and climate change in the Czech Republic.

The Czech Republic has so far failed to present sufficient measures and does not comply with the immission limits stipulated by European law.

Together with local initiatives and municipalities, we focus on the following key areas:

Polish lignite mine Turów drains water away from the Czech territory and local communities. Furthermore, it operates illegally - without a valid permit. EU law continues to be violated, information on the environment is not accessible and the Czech groundwater levels decrease every minute. The case is far from over. Even though the Czech Republic and the Republic of Poland signed an agreement on the effects of the Turów mine on the Czech land on 3rd February 2022, the illegal mining activities continue. Read more here. 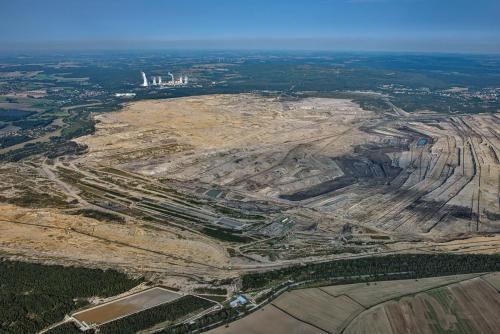 In 2018-2022, we participated in a total of 17 (out of 19) proceedings about exemptions from emission limits based on the best available techniques (BAT), which we had classified as the potentially most harmful to human health and the environment. In most cases, thanks to our active participation, Czech authorities granted stricter terms of the exemptions compared to the original applications by the plant operators. The amount of mercury released into the environment was thus reduced by 1,671 kg. We actively communicated with the municipalities located near the coal power plants in question about the proceedings, providing them with legal assistance if asked for. We also cooperated with other environmental organisations such as Hnutí DUHA – Friends of the Earth Czech Republic, Greenpeace Czech Republic, Zelená pro Pardubicko (Green for Pardubice region) and Čisté nebe (Clean Sky) in Ostrava.

Since December 2018, we have also been representing in court a citizen of Ostrava-Radvanice who is suing the state (the Ministry of the Environment) for health damage and death caused by long-term exposure to air pollution, against which the Ministry is not taking sufficient measures. The case is currently pending before the Czech Constitutional Court.

Together with several other organisations, we commissioned 2 studies on the possibilities of phasing out all coal power plants from the Czech power grid within the next 10 years. According to the experts, the prognosis looks promising—by 2030, it is possible to secure stable supply in the Czech Republic by using renewables together with adequate measures to compensate for fluctuations in their production, thus following the European trend. According to another recent study, up to 79 % of household energy consumption could be covered by community energy.

Protecting the right to a clean air and healthy environment